George Lopez at Inn of the Mountain Gods 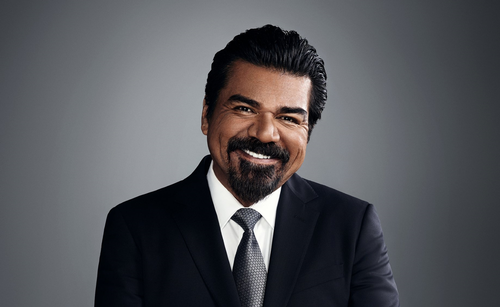 Get ready to laugh the night away as stand-up comedian George Lopez takes the stage on Friday, March 20 at Inn of the Mountain Gods.

His multi-faceted career encompasses television, film, stand-up comedy, and late-night television. Lopez is currently bringing his acclaimed stand-up comedy tour to top venues across the country. He also recently completed his stand-up comedy tour, The Comedy Get Down, with Eddie Griffin, D.L. Hughley, and Cedric the Entertainer. The comedians also debuted their BET scripted comedy series based on their tour.

For two seasons Lopez hosted Lopez Tonight, a late-night television talk show on TBS. This represented Lopez’s return to series television after co-creating, writing, producing and starring in Warner Bros. Television’s groundbreaking hit sitcom George Lopez, which ran for six seasons on ABC. George Lopez remains a hit with viewers in syndication on both broadcast stations and cable’s Nick at Nite, ranking as one of the top-rated shows on the network and among the top five comedies and top 20 weekly programs in syndication.

In 2006, he received a star on the Hollywood Walk of Fame. Additionally, he was also named by Time magazine one of the “Most Influential Hispanics in America” and the Harris Poll named him one the “Top Ten Favorite Television Personalities.”