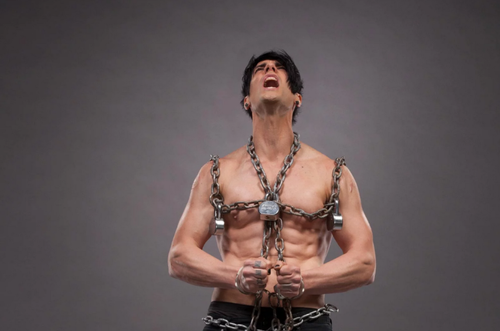 Event Description:
SOLD OUT---Criss Angel has dominated the world of magic as the biggest name on the planet for over a decade. Now, he’s bringing his astounding magic show to Inn of the Mountain Gods on Saturday, February 15.

From his role as star, creator, executive producer and director of the most successful magic television series of all time, Criss Angel MINDFREAK on A&E Network, to his #1 best-selling Las Vegas stage show Criss Angel MINDFREAK, to countless critically acclaimed television specials and series, best-selling books, top-grossing retail products, music CDs and more, Angel is the most influential and imitated magician of the modern era. Hailing spectacular reviews from outlets such as Bloomberg Businessweek, who called him “the biggest name in Las Vegas magic,” Angel proves time and time again that he is a true force to be reckoned with.

Angel has received numerous awards throughout his career. He has been named “Magician of the Year” an unprecedented six times – far more than any other magician. Angel was also the youngest magician to be inducted into the International Magicians Society Hall of Fame. He was presented with a lifetime achievement award, The World Magic Legacy Award “A Living Legend,” at The World of Magic Seminar in Las Vegas.